Kill of the Week: Despicable you

I don't like listing suicide ganks as the actual KOTW around here. Sure, I'll point to interesting ones, and from time to time make a big deal of one that goes above 15 or 18 billion ISK. But this Raven Navy Issue is just crazy uncalled for. Two thirds of the mods are officer quality, the rest are high-end dead-space. It's a ludicrous, ridiculous kill-mail, brought low in its unbuffered state by a single volley from a mere five Tornados. That's a 30 billion ISK ship crushed.

But the story apparently only starts there.

Soon after the kill, it was claimed that the gankers offered to sell the guy his mods back to him... and only wildly overcharged him for the privilege. And if that was where it had stopped, that would be fairly disgusting. 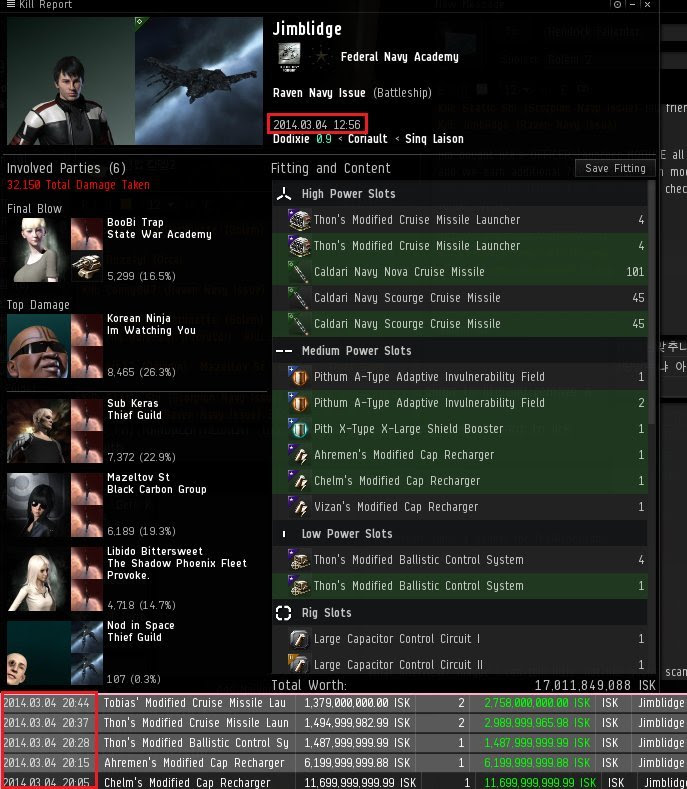 But then it apparently got outright despicable. TMC is claiming that -- sensing an opportunity -- a member of Goonswarm offered to recruit the guy. The "recruiter" made him a promise of both reimbursing most of his first loss and "transporting" the replacement ship he bought (and the overpriced fittings he'd recovered) to a "safe" "awesome PvE" location. He talked the guy into trading over the replacement ship, all of its fittings and cargo (which included some PLEX), and only charged him another 500 million ISK for the trouble. This is assuming all of this is true, of course. But the story's been out almost a week now and there hasn't been any indication that it's not true.

This is taking "a fool and his money are soon parted" to rather impressive new lengths. The "recruiter" seems to have stolen $1600 U.S. from this guy, primarily in new officer mods.

It's rather spectacular. And rather despicable. Whether you could do this to another human being, I leave as an exercise for the student.


On to honorable mentions and I'm going to limit myself to just a few.

This Nomad made me laugh a lot. Stopped by customs in high sec, this jump freighter pilot was probably confused about why he was getting shot at... or maybe he was just AFK. In any case, he was declared to be a drug smuggler by the NPC faction police on entering high-sec and lost his ten billion ISK jump freighter... because of ten million ISK in standard boosters in the cargo hold. Whoops!

Know how I like to talk about solo ships killing anchored SMAs and XLSMAs around anchored but off-line wormhole POSes? That's a knife that cuts both ways if you're not careful. An alert reader told me about a POS in J101817 that has an entertaining history of killing people who mistake it for an off-line POS with juicy anchored mods around it. Here's an example from last week, a wandering Manticore lulled in, but the POS has killed a couple of T3s in its day, too. The trick is to anchor these mods well outside the force field of a small POS that has a scram and a number of guns... then hope the unwary don't notice that just because the SMA is not inside a force field doesn't mean there's no force field around! It apparently works just often enough to make it worth while. Cute stuff! Thanks for the pointer!

EDIT (12/Mar/2014): See below in comments! Apparently, there's a way to on-line mods without a POS force field being up! Really interesting stuff!

Couple of other quickies...
Moving on.

Matter of fact, it's a full 15 days between last week's Wyvern kill (24 February) and a Lev killed today (11 March) which so far is the only super killed this week. That's the longest stretch between super kills since I started tracking them 18 months ago. Feast or famine, know what I mean? The Lev will be covered next week.
Posted by Jester at 9:12 PM