Surprises around every corner

I said yesterday that I thought most of the matches would be pretty one-sided and with one exception they were. That exception was the opening match of the day, with No Boundaries and its three Rote Kapelle members taking on Seldarine's "About As Good As A German Ski Lesson" team and losing to them 32 to 31 in a match that went down to the last second.

My favorite one-sided match of the day was Raging Homo Sapiens putting Asine Hitama's Team out of its misery in a clean sweep. This fight included what I thought was one of the best fleet compositions of the day and of the tournament so far, two Stratios, two Vexor, Oneiros, Eos, Ishkur. It turned out to be a wickedly fast high DPS, high versatility armor-tanking drone-based composition with lots and lots of utility mids free. I've felt for a while that Asine Hitama's was over-rated despite their victory in the first NEO and this composition absolutely dominated them. I wondered at the time if Raging Homo Sapiens had revealed their best fleet comp too early but it turned out not to matter since they were eliminated handily later in the day (and yes, their opponents banned the Stratios). 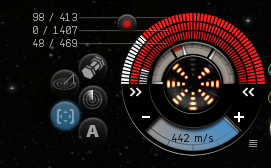 My second favorite match of the day was The Reputation Cartel versus Gerodian. This is a match that I hadn't expected to be close, but some unexpectedly good flying by Gerodian made for a surprisingly close middle section of the match before Rep Cartel took things in hand again. Before they did, Suleiman Shouaa managed to have his Sentinel reduced to very low structure and Bob Shaftoes's Brutix Navy Issue wasn't faring much better. But still in the end Rep Cartel had 36 points on the field after destroying the Gerodian team. Around those two matches were five or six one-sided slaughters, including Rep Cartel falling to the Exodus team 70-0 and Last Huzzah being bounced by the Providence Wisadrs team by an equal margin before themselves being crushed by a strong Incursion Shiny Network team.

I fully expected the Hydra Reloaded Warlords of the Deep team to crush Thingy and this happened for the most part, but I was surprised by their middle match. It turns out Thingy has been the Warlord sparring partner and so the two teams were somewhat familiar with each other's comps and apparently decided to "give the fans a show" with their first two matches which included near "mirror-matches" with both teams bringing nearly the same fleet comp. In the past, this has been an invitation for the opposition to be crushed by the Hydra team. Hydra does nothing better than execution: they are always flawless or nearly so.

This time, not so much! In a terrific display of damp dumping about two minutes into the match, the Thingy team managed to damp Dark Soldat's Oneiros out of position of his teammate Ais Hellia and destroy the latter ship. This seemed to rattle the Warlords team and one by one, the two other Warlords Vexors piloted by knifee and ex-Rote Kapelle member xoXFatCatXox managed to get themselves isolated away from their team, surrounded, and killed with no answering losses for the Thingy squad. Though Thingy did lose their Oneiros, they were able to continue to one-by-one surround every other heavy Warlords ship and crush them.

I tweeted it was the only time that I can recall ever seeing a Hydra Reloaded team out-flown and out-executed. That said, the real Hydra showed up for the third match and absolutely crushed the suddenly hapless-looking Thingy pilots pushing them into the loser's bracket.

Before the series between WeHURT and Kolbasz Inside started, I was chatting with Xander Phoena who expected a pretty easy Kolbasz victory. As I mentioned yesterday, the Kolbasz team is made up of a lot of former Hun Reloaded tournament pilots. About ten or fifteen minutes before their first match, I responded that...

Yesterday, I had said that I expected Kolbasz Inside to win and I based this on my feeling that while WeHURT is made up of good pilots, Kolbasz Inside was the stronger team. Good piloting will carry you far in an EVE PvP tournament but then it will get you crushed by a team that either has better discipline, better teamwork, or better endurance. I fully expected WeHURT to fail this test; we've seen a number of other teams with good pilots fail it particularly since tournament play started to include multiple matches with short turn-arounds between them. The pressure of flying one or perhaps two tournament matches in a single day is rough. Three or more is crushing. But I figured we'd see some razzle-dazzle flying from WeHURT's good pilots before that happened.

And so when WeHURT took the first match and Kolbasz took the second, I was feeling pretty confident about my prediction. I continued to feel confident about it when I saw the comps for the third match. Kolbasz had brought a very solid-appearing drone brawling team with an Armageddon to neut on WeHURT's one displayed good comp: their Vargur-based one which is supplemented by a strong missile ship wing of a Cerb and three RLML Caracals. Kolbasz's screen looked fine: two big mean Brutix Navy Issues. And my confidence held up until WeHURT showed some excellent piloting, using the Vargur to pull the screen Geddon and Brutix Navy Issues of the Kolbasz Inside team completely out of position. It was a wonderful display of terrific tournament piloting by WeHURT, abysmal teamwork by the Kolbasz team.

This bit of flying deserves a close look. Seriously, watch the first two minutes of this match. I haven't seen such poor flying by a screening force in a long time, particularly Tzuko1, who apparently feels his BNI can catch and tackle a freakin' Hawk. Meanwhile, Sard Caid in a Vargur and Zao Amadues in a Cerb of WeHURT waltz right past him and into his team's backfield, taking advantage of an exceptional tackle by Dantesi Cadelanne. Before the Hungarians can blink, their entire backfield was dead. Kolbasz completely came apart after that. Again, excellent flying, WeHURT!

Anyway, at this point, there's not really anyone for me to root for... The eight remaining teams are:
My current thinking is Warlords first, Kolbasz second (despite their poor flying today), and WeHURT third. I still can't imagine WeHURT pushing past Hydra with just great flying and once in the loser's bracket I think they're gonna have a tough time there. Still, whatever happens, they've proven themselves. And hey, I've been wrong about them once already. We'll see what happens next weekend. Good luck to all eight remaining teams! 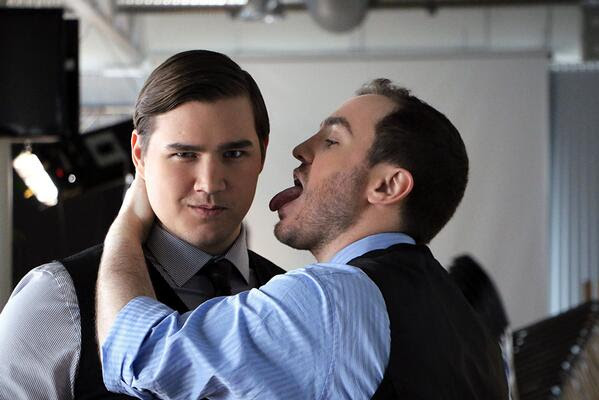 Let's see... final comments. CCP Fozzie continues to do his normal excellent job as a tournament commentator and between match expert. No complaints. CCP Rise looked a little distracted all weekend; maybe his upcoming travel? Still, he also did a great job with match commentary. When it was he and Fozzie between matches, though, Fozzie had to pick up the slack. As I mentioned earlier today, I myself continue to be distracted by CCP Dolan watching himself on TV and having too much fun with the smoke machine. And CCP Bro? I'mmmmmm... of mixed feelings about Bro. He was better than last weekend, much less stiff. And I think I'll leave it at that until I see his performance next week.

There were few or no technical issues, and the audience remained steady at a bit above 4000 people watching. All in all, day three has had the best matches so far, but still quite successful! I look forward to watching finals weekend!