Just an update to my earlier posts about Marlona Sky's work on a coalition sov map so that players can see the true state of New Eden politics. He's now done a version which updates automatically on a daily basis. Here's today's update: 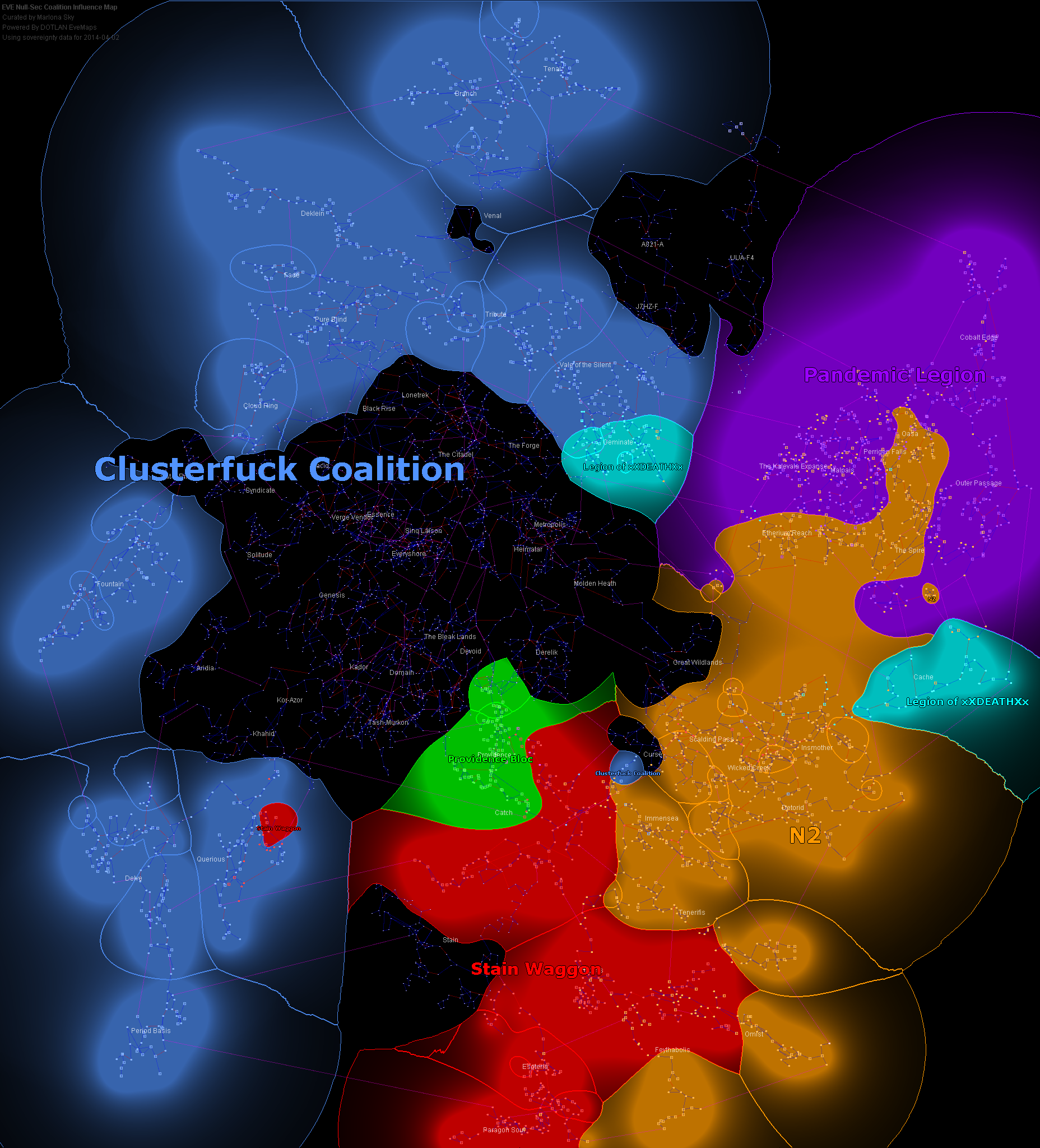 As you can see, it's not getting any prettier out there. Kirith Kodachi did a nice job of summing up my last four or five posts about null-sec into a single post today. I'm not sure I agree with his conclusions but the opinions he professes on the way there? Yup.

Anyway, you can get the most recent updates on a daily basis at eve-files.com. Here's the thread at Failheap Challenge where Marlona is talking about the work. The map also comes with a back end Google spreadsheet which shows the coalition members for each group, number of members in each alliance, number of systems controlled, and other data. It's very very useful stuff! It also includes various charts of the data:

"N2" (with the departure and subsequent collapse of Nexus Fleet, they lost an "N") seem to have come out of the Halloween War in pretty good shape, holding sov in more systems than the CFC...

My sincere thanks to Marlona Sky for doing this work! Awesome stuff!
Posted by Jester at 11:36 PM