So barely two days after having its first major bug explode in its face, ESO has had a second even more serious one: a bug that allowed the duping of stacked items -- any items -- in the game's guild banks. The combination of the ability to duplicate items plus the game's NPCs willingness to buy back an unlimited number of the game's craft materials has allowed some players to rack up hundreds of thousands of gold, if not millions.

The bug was fixed with an emergency change earlier this week, but needless to say there's a long Reddit thread, gaming magazine articles, an ESO forum thread, and a video tutorial of how the bug worked in practice:


Now coming out of EVE as I do, I find the whole mess rather amusing. This is exactly the sort of thing that would instantly generate a 250 page threadnaught on the EVE forums and righteous player indignation right around the world whether this bug affected those players or not. And I certainly don't want to discount the ESO players that are concerned about it. For ESO's PvP game, this early major bug is certainly going to have an impact.

But I'm going to give the same advice to ESO players that I've given to EVE players from time to time when this sort of thing has come up: calm down. It's honestly not that big of a deal. If you want to get angry at ESO's developers, get angry about things that they do on purpose, not things that they do by mistake. Now granted, this bug has apparently been known for quite a while -- rumor has it that a number of players found it as part of the beta then simply didn't report it, intending to profit by it after the game launched. But a number of players have also said that they reported the bug and Zenimax and Bethesda did nothing about it.

Those things are worth worrying about, yes. Even in a newly launched MMO with hundreds of bugs to address, a duping bug should have been given higher priority and chances are excellent that the devs are going to be looking at their bug priority system a lot more closely going forward.

But as to this issue itself? It's certainly a major headache for the GM team but game-breaking? No. Something that necessitates a relaunch of the game? Absolutely not. MMOs have dupe bugs. Every MMO has dupe bugs. WoW had one. EVE had one. Rift had a couple. I could go on (and on, and on), but you get the idea: MMOs have dupe bugs. It's sort of a fact of life.

Those bugs didn't break those MMOs and this one won't break ESO.

What's likely to happen with this one is that the ESO GM team will get busy banning the players that perpetrated this one, wipe out a lot of assets and a lot of gold, and generally heavily attack anyone that they can link to this problem. Will that eliminate every single benefit that some players got out of this bug? Nope! Will this bug have a continuing impact on ESO's PvP going forward? Yeah, probably. But over time, the impact of it will smooth out and become less important. In the meantime, it seems clear that the influx of gold isn't having any sort of major inflationary impact on ESO's economy.

So, yes. It's serious. But no, it's not worth freaking out over. Here, look at a pretty tree for a while. 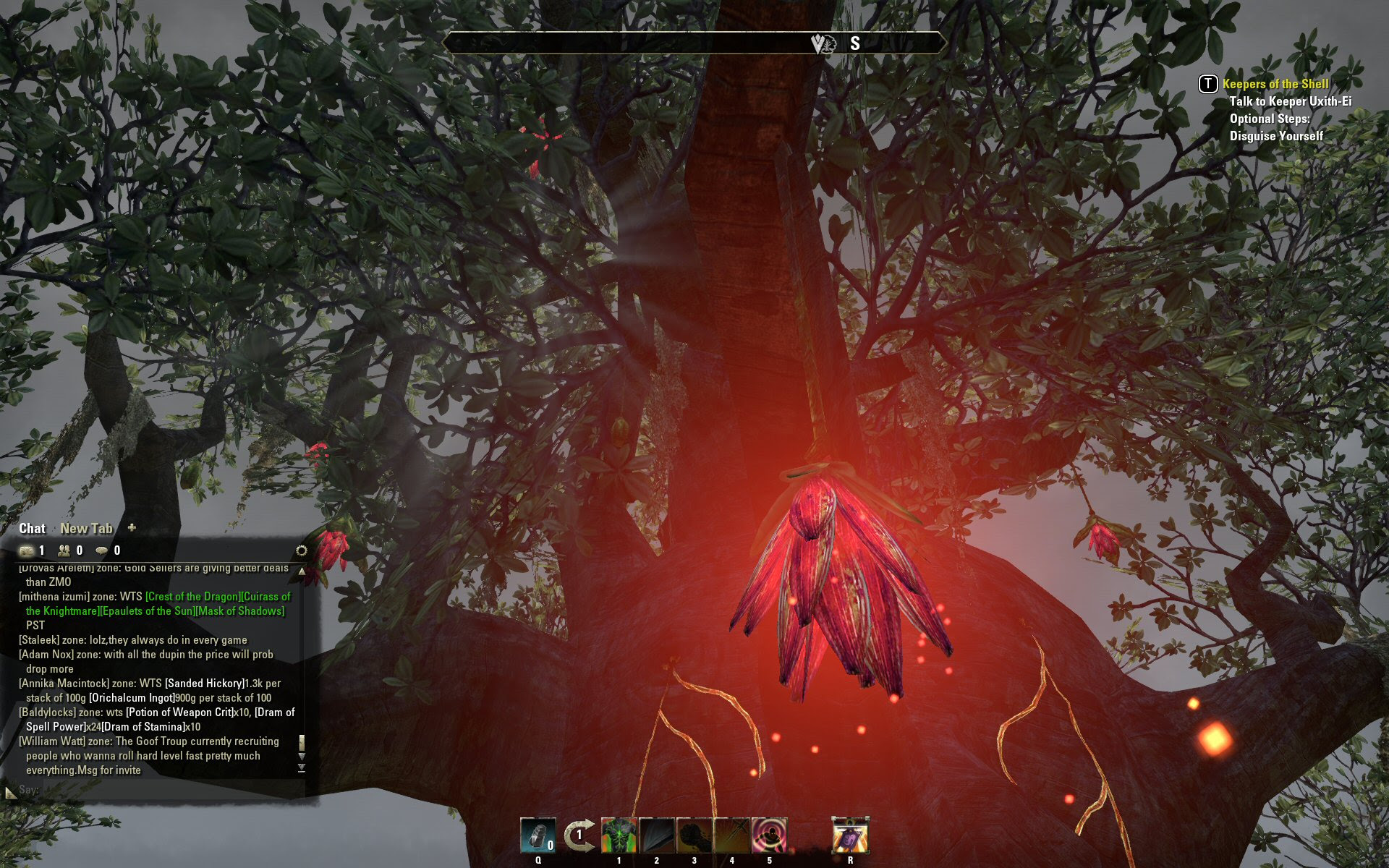 Incidentally, that's the central Argonian Hist tree that ES lore has been hinting exists for the last thirteen years or so. "Make it majestic," the artist was clearly told, "make us believe this is the central focus of the Argonian race." I'd say he or she delivered. It's something else!
Posted by Jester at 11:00 PM