One of the more rare rewards in ES games are points added to your skill trees. Typically the only way to gain them is by checking hundreds of bookshelves across the game world. A small percentage of them grant a point in a single one of your skill lines. Still, touching a bookshelf takes but a moment and there are so many in the game world that it's worth your time to touch the hundreds of them that are required to build up a measurable number of points.

In the process of this, though, you'll encounter a lot of ES lore as well as in-game player guides (as well as funny stories, bawdy tales, hints to treasure hidden in the game, and the like).

Well, I encountered a book today that amused me so much that I thought I would share, so here you go... 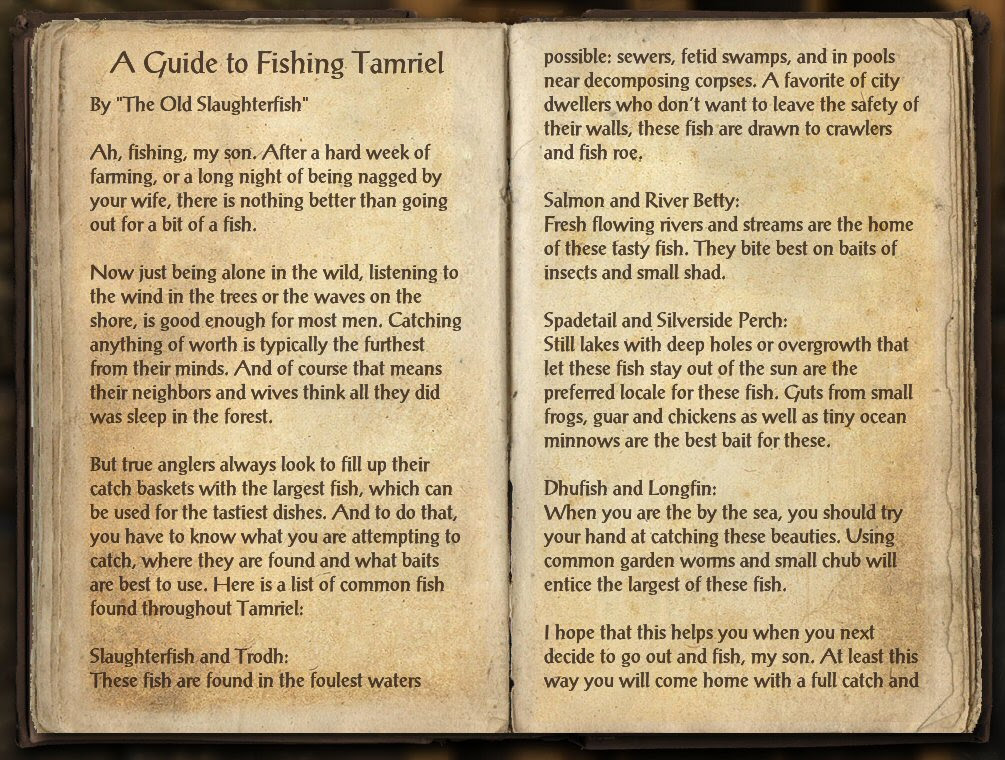 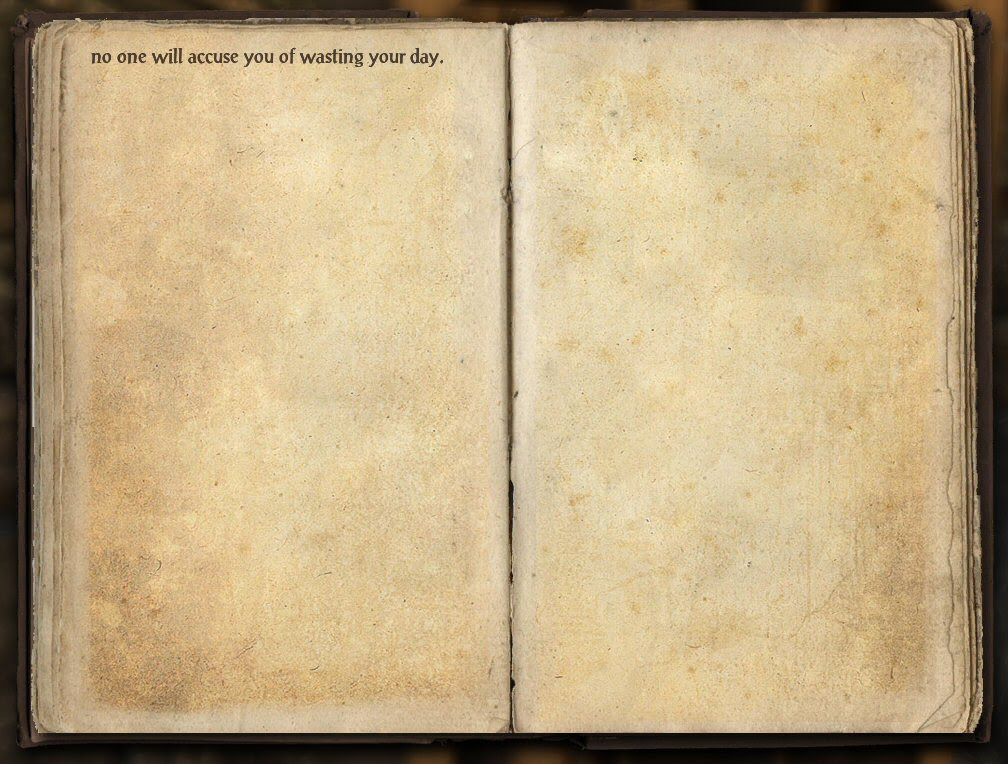 Did I mention there's a fishing mini-game in Elder Scrolls Online? There is. From time to time in the game's waterways, you will find splashing pools identified as good fishing spots. Sometimes, there will even be an NPC there fishing to give you the general idea. So far, it seems to be nearly the exact equivalent of mining in EVE Online: a dull -- if soothing -- way to make a small amount of gold per hour, about 600-750 per hour in most spots as far as I can tell.

The trick is that -- per the guide above -- there are about ten different types of bait and four different types of fishing spots. For each of the four types of fishing spots, you have to use the right bait:
So you EVE players can think of those as mining crystals, I guess, except that you have to gather them yourself from various sources. Insect parts, for instance, come from the various insects that are available in each zone. Guts come from the level 1 creatures that wander through each zone. Crawlers are associated with undead kills. Worms can typically be gathered when uprooting harvestable plants. As far as I can tell, roe comes from using the wrong type of bait while fishing (you get roe instead of a fish).

Anyway, all of this is the most boring game-play imaginable but Zenimax has thrown in a couple of interesting twists:
This is almost insidious torment for some achievement-based players: to get 100% of the achievements in the game, not only will players have to indulge in this "game play", but if they really want those achievements, they're going to have to talk a large number of other people into it as well... That's gotta be social engineering at its finest.

I see what you did there, Zenimax...

Finally, for you suicide-gankers: sorry. There does not appear to be a way to come up behind another player who is fishing and club him in the back of the skull. ;-)
Posted by Jester at 10:52 PM