The unveiling was quite nice. :-) 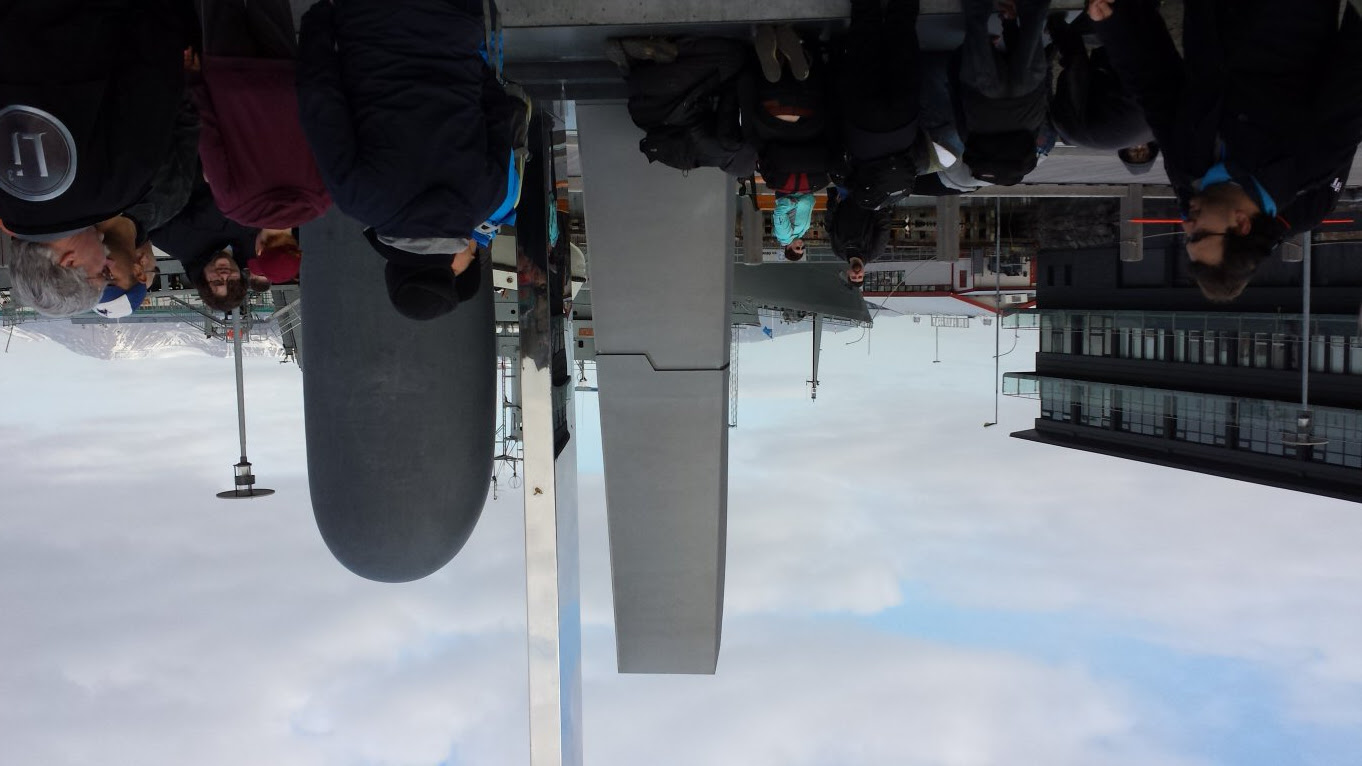 It went off in a very understated way with maybe 250 or so EVE players and press in attendance. As I think I've mentioned, the monument is on the harbor, right on the water within an easy rock throw from CCP headquarters. As a matter of fact, during the unveiling, a number of CCP employees simply watched from the balconies of the upper levels of the building: prime seats! Hilmar spoke, then the artist, then the mayor of Reykjavik, and all three kept their comments short.

During this time, the monument was covered with a large black curtain held in place by two loops of heavy twine. Hilmar then presented the mayor with a large hunting knife (Iceland is weird) with which to cut the twine and the curtain was pulled off to general applause. Champagne was then made available and a couple hundred EVE players moved forward to see if they could spot their names. The name finder app is up and running and seems to work completely fine for me. It spotted all four of my mains without incident.

It also spotted a fifth name that I wanted to make sure was there. 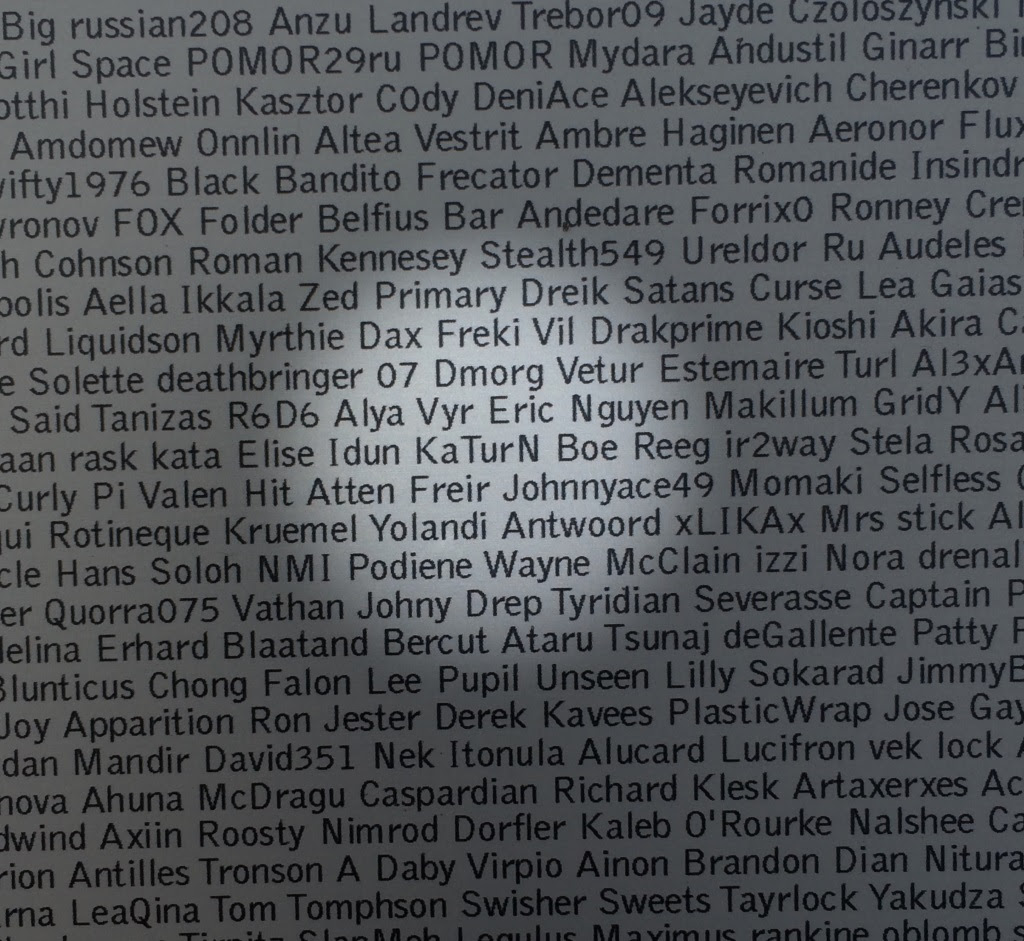 If you've got sharp eyes, you probably noticed on the top photo that the monument literally was not uncovered for 15 minutes before it was defaced for the first time... 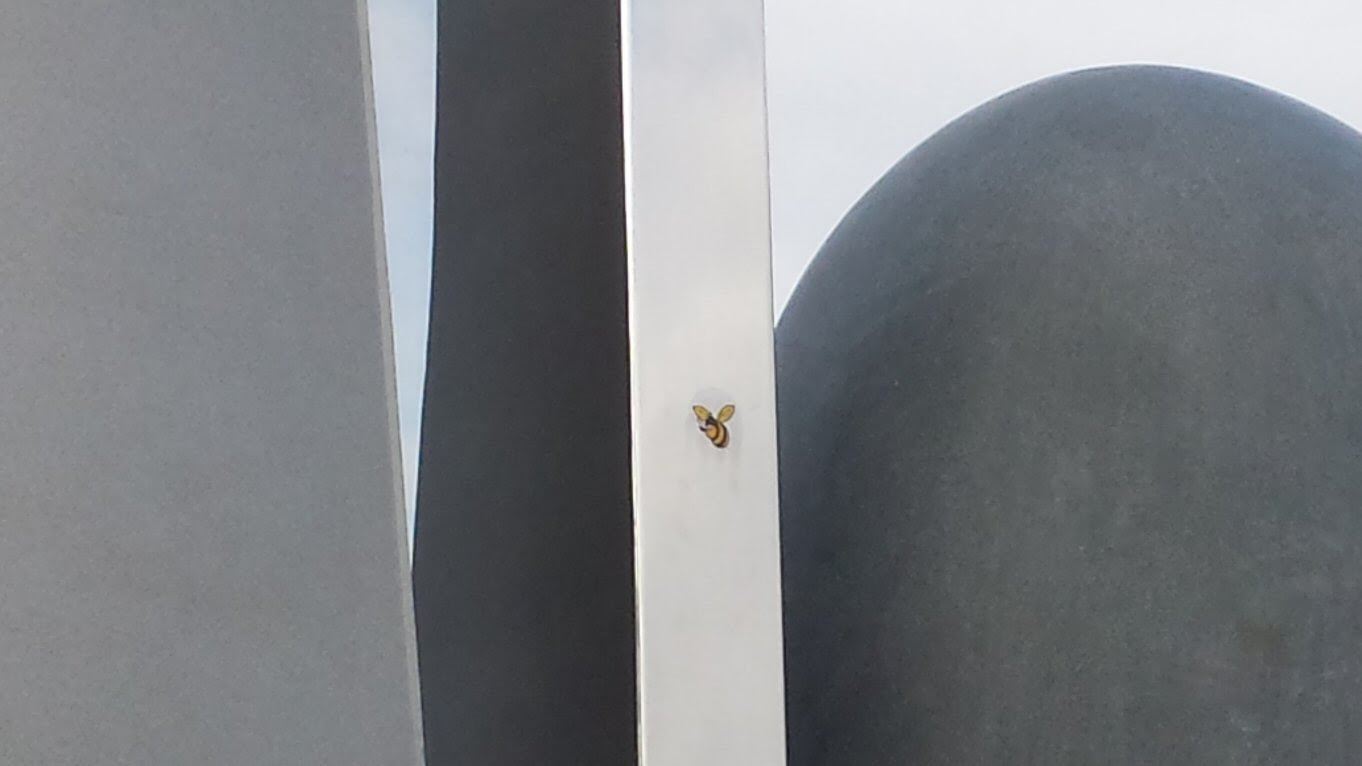 After that, the unveiling was a social occasion with much drinking and meeting of people that hadn't met yet. It was the first time that most or all of the Rote Kapelle attendees gathered in the same place. I also got the opportunity to have a long conversation with DNSBLACK and I can report there's no rancor present there on either side.

I then headed directly to The Celtic Cross for the #tweetfleet meet-up where Neville Smit and the rest of the EVE University guys were gracious enough to let me hijack a seat at their table for a while. This has got to be one of the smallest bars in Iceland and last year I was turned away from the meet-up due to the space limitations. This time, I got there a good 45 minutes early to avoid that. By the time I left about three hours later, there was a line of people waiting to get in. But while I was there, I got the opportunity to chat with the E-UNI guys, some more social time with my alliance-mates, and a bit of mingling. Not to mention a few pints of Guinness. Good times!

Still a bit jet-lagged, though, I decided to crash a bit early. As payment, I'm up early and feeling great this morning and looking across the street at Harpa. The Fanfest flags aren't posted yet, but they've got a few hours to do that!
Posted by Jester at 11:56 PM