Picture of the Week: Dem bones!

OK, this just made me laugh: 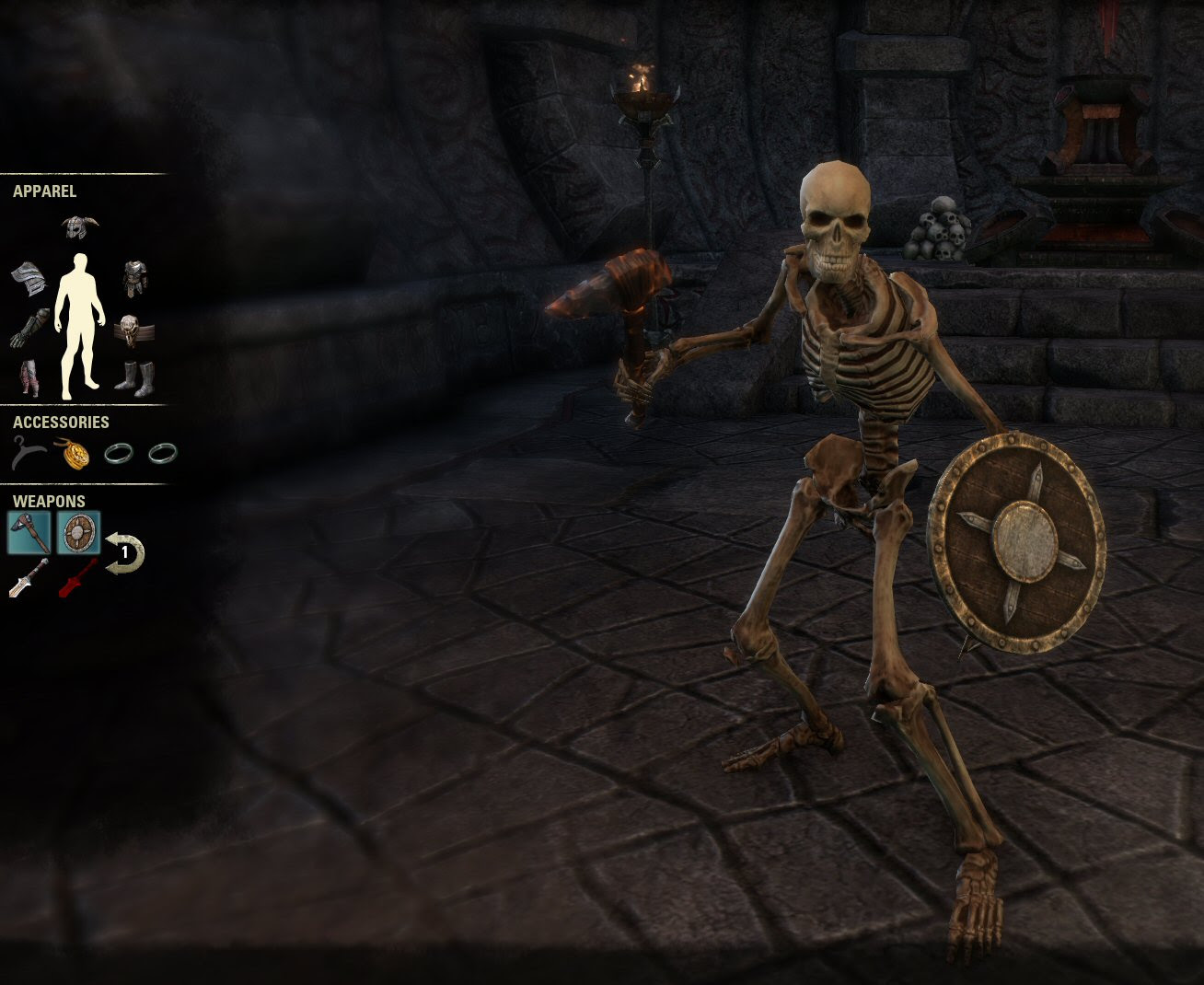 One of the mid-level ESO quests turns you into a skeleton. And it's not just skin deep, either. While you're a skeleton, you're a lot tougher than average... but healing spells don't work and you don't regenerate health. It's a very clever little twist on the standard Elder Scrolls vampire/werewolf tropes, because you can keep this quest running for as long as you like...

...and while it's out there running, you're still a really tough skeleton that can't be healed and doesn't regenerate health. A few people seem to have taken the game up on this bargain and are playing a bit as a skeleton. And when the quest is over, if you just want to go skin deep with it, the game rewards you with a little token to skeletonize yourself.

And the quest itself also isn't just skin deep. ESO doesn't have a morality system that I've determined, but about 10% of the quests do have moral choices in them and this is one: a village has made a Faustian bargain with one of the Deadric Princes, Clavicus Vile, that turned out really really badly for them.(1) 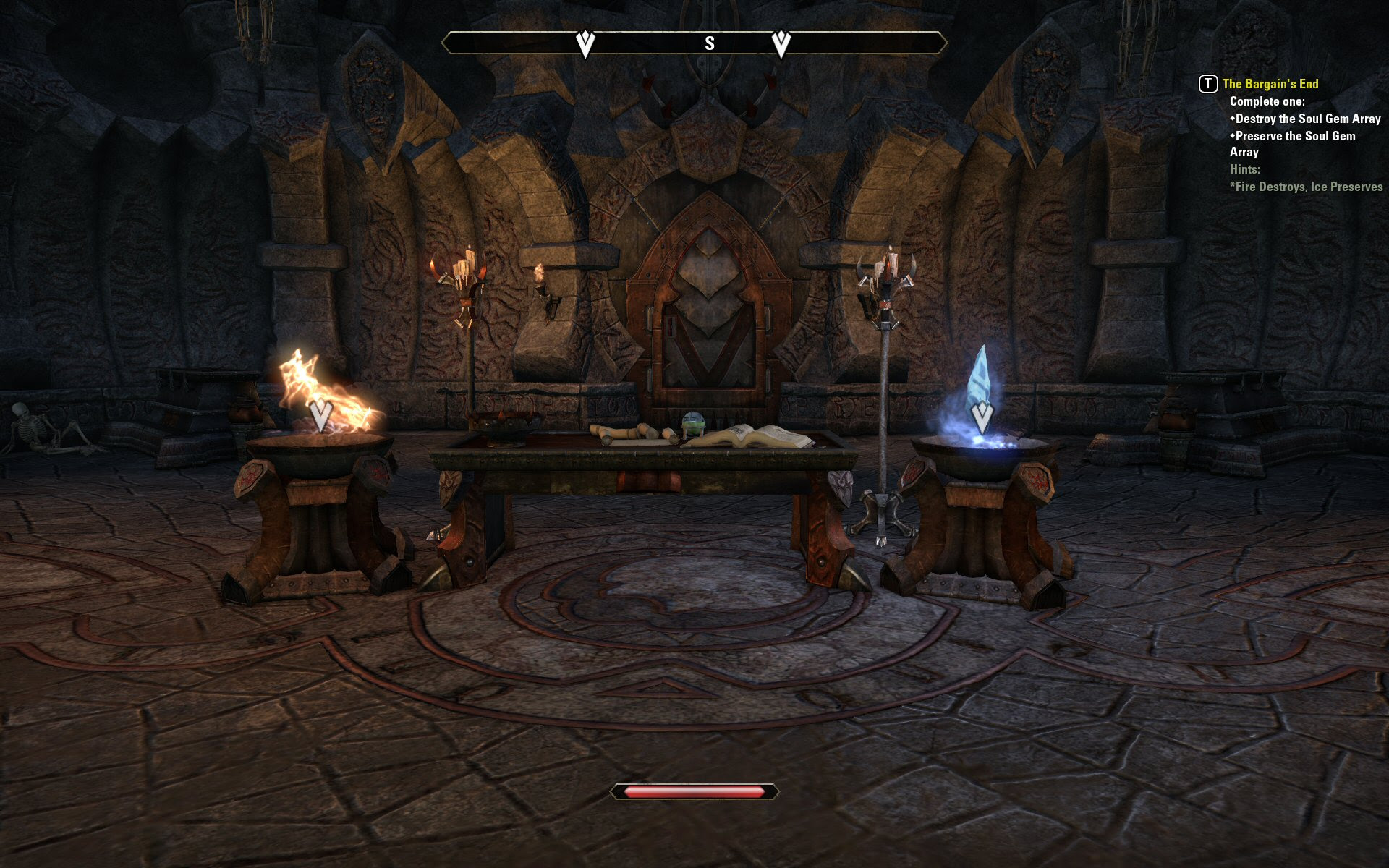 As the end decision and moral choice of the quest, you can either enforce that bargain forever (blue) or break the bargain and release the village from it -- with potentially even more disastrous consequences for the village (red).

This is the sort of really interesting game play choice that I just love in a game.

I couldn't help but sit in this room for about 10 minutes and watch other players pass through, curious as to which choice they'd make. During the period I watched, it was running about 50/50. A few of them reached the room and sat there for a minute, clearly thinking about it, before deciding. You know the quest designer is doin' it right when that happens. Hopefully over time, ESO will develop a reputation system for its NPCs. Or maybe it's there already and I haven't encountered it yet.


(1) Hint: in a previous game, a group of vampires made a bargain with Clavicus Vile asking him to end their vampirism. He sends the player into their lair to kill all of them. Because that ends their vampirism, right? Clavicus Vile could be an EVE player.
Posted by Jester at 11:39 PM