OK. I'm going to keep this short. You guys have already seen me react to disgusting, reprehensible behavior toward EVE players outside of game. My opinions on that are a matter of public record. So my feelings on the following are unlikely to be a surprise but I want to make them clear regardless.

At some point during Fanfest, someone defaced the Worlds Within a World monument, attempting to "scratch out" the name of another EVE player, Xenuria. Now don't get me wrong: Xenuria isn't one of my favorite people and he's often one of EVE's most notorious trolls. 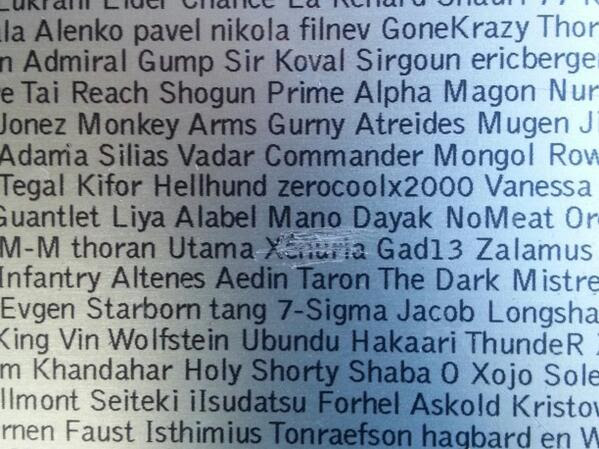 But this is unforgivable. To start with, this was an absolutely despicable act taken against another EVE player outside of game. That alone deserves nothing but condemnation. Even more than that though, it was a criminal act taken against a public monument, the city of Reykjavik, and against the EVE player community. The action simply adds to the narrative that some EVE players are disgusting human beings that have no place in 21st century civilized society.

Here's the EVE-O thread discussing the matter, here's CCP Falcon's confirmation that the action did in fact take place, and here's his statement on CCP's reaction plus an offer to the perpetrator to come clean about what he's done before the full force of the law comes down on him. Kudos to Falcon for his furious, entirely justifiable reaction.

To be very clear: I hope whomever did this is caught, prosecuted, and made to pay for replacement of the entire plate that he defaced. And then I hope his EVE account is perma-banned and it is made clear to him that he is not welcome in CCP's current games or any of their future games. There is simply no place for this kind of person in the New Eden community. Ever.

EDIT (7/May/2014): Falcon has announced that three players directly involved and one indirectly involved have been identified. The three directly involved are having their EVE and DUST 514 accounts permanently banned and are barred from participating in future Fanfest events. The one indirectly involved is now subject to a six month temporary ban. The unspoken implication in the post is that those who came forward willingly will not be legally prosecuted but that one or more people who did not will be. All in all, I feel this is an entirely appropriate reaction on CCP's part. It's sad that it came to this but let's hope something like this never happens again. Kudos again to Falcon for his handling of this matter!
Posted by Jester at 9:24 AM