The phrase "announced at Fanfest" has been a low-level EVE meme for the last few years. And it's usually associated with the future-looking EVE presentation which at recent Fanfests has coalesced around the "CCP Presents!" keynote on the final day.

I myself first heard this meme while playing EVE on a mobile device which I logged into using a key-fob two-factor authentication process. I was comet mining for technetium in a T3 frigate at the time but I was attacked by some Jove ships. So I decided to dock up in the ten-year station for a while.

So... yeah. Not everything announced at Fanfest can be taken at face value. ;-)

Still, some of the more wild stuff shown at CCP Presents in past years has become reality. Who would have guessed that orbital bombardment would be in the game only a year after it was rather famously announced at Fanfest 2012? Nobody, that's who.

More recently, CCP has given over CCP Presents to three elements. Humor...


...low-level marketing, and usually cautious high-level predictions about the direction the game might go, the latter part headlined by a "game trailer." And CCP stuck to that formula for the most part this year. The humorous element was provided by a new song by Permaband, this time sung by CCP Guard and CCP Hunter:


Very funny stuff, and an instant EVE classic! I've been having a hard time getting the chrous out of my head the last few days. ;-)

The marketing was provided by CCP Pokethulu and CCP t0rfifrans. The former announced that while Musterbrand is going to remain in control of the EVE store, they will be widening their product line to include more mainstream products like t-shirts. They will also be adding support for less expensive shipping to the United States. He announced that EVE will be receiving a new localized client later this year, in French. He also reminded players that the EVE Collector's Edition is now purchasable with PLEX and a new bonus for the "CCP Mystery Code" included with the package: a custom skin for the Rorqual. Finally, he announced that CCP will be expanding operations at the two biggest player-run gatherings at EVE Vegas and EVE Down Under (I've already bought my ticket for the former).

Torfi talked about the CCP partnership with Dark Horse Comics to produce the "True Stories of EVE" comic and said the next collaboration instead of focusing on a player story will focus on the back-story for EVE: Valkyrie. He also announced that CCP is starting a partnership with two model-making firms to produce models for the Megathron battleship and Nyx super-carrier. The latter will be truly monstrous: 28" long and available only in a limited run. Finally, he announced that CCP will publish a new version of their "Art of EVE" book next year.

For the high-level predictions of where the game might go, I want to focus on two things for this post. First, at the end of the presentation was the best trailer that CCP has released in the last couple of years, Prophecy:


This isn't the best thing the trailer team has ever done but it's definitely in the top three somewhere! In particular, I want to call your attention to the bit starting at 2:40, where multiple marine ships start a hostile boarding of the gate structure involving DUST 514 players. That's quite an intriguing notion! It would aggravate many of the alliances no end, particularly if this idea were expanded to the notions of boarding starbases... or capital ships. Similarly, I could see a situation in the far future where Valkyrie players would be needed to slip into tightly-defended areas to pave a path for larger EVE ships. Interesting stuff!

But to me, the most interesting notion of all is the idea of a single sign-on into all elements of the EVE Universe: 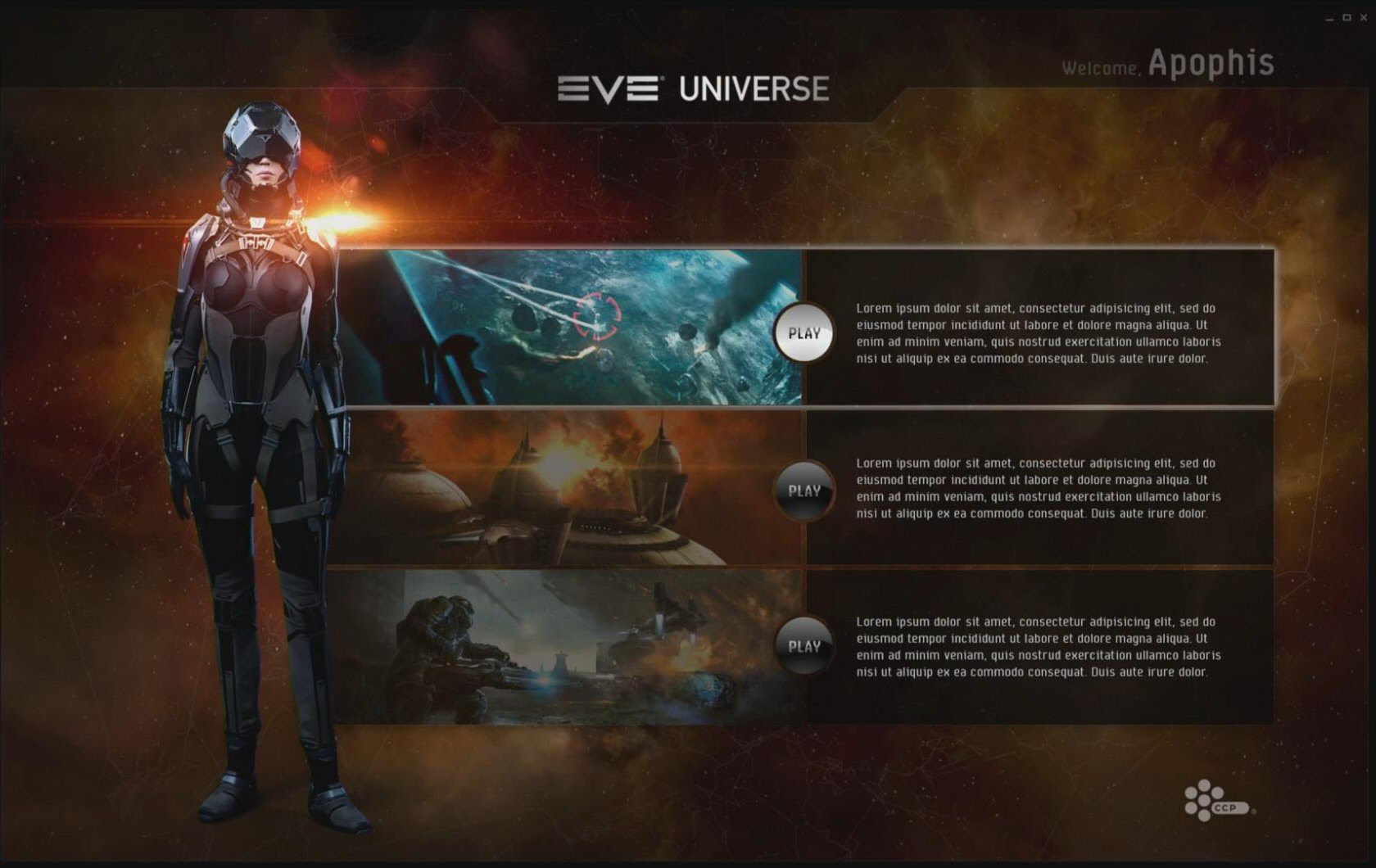 This takes the idea I've been pushing of a single sign-on for all EVE characters belonging to a single player and takes it a step further. During the same presentation, it was hinted that at some point in the future, it would be the very same capsuleer that would have skill points for EVE, Valkyrie, or DUST 514 depending on the interests of the player. It's certainly both a smart idea and a really nifty one... but can CCP deliver? I guess we'll see!

As I said, "announced at Fanfest" is a thing and I can't recall seeing the ability in the game to break into another player's Captain's Quarters and assassinate them with a sidearm... oh well. ;-)

And that wraps up my day-to-day Fanfest posts! But it doesn't quite wrap up me talking about things that were revealed at Fanfest. Next up: I want to focus on something that came up in the EVE-related keynotes, but stayed pretty hidden between the lines.
Posted by Jester at 2:43 PM